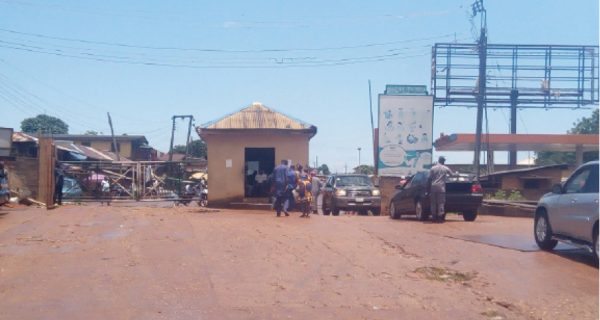 Mixed reactions have continued to trail the sustained closure of the nation’s land borders, especially among operators in the manufacturing sector. Some have supported the move. Other people kicked against the decision.

The Guardian had reported the movement of some companies to ECOWAS countries like Ghana due to the harsh operating environment in Nigeria. This relates to access to infrastructure like roads and power. To those operating locally, the concerns stem from the fact that many of such manufacturers produce in neighboring countries and label them made-in-Nigeria. They start bringing them through the borders, therefore giving them an undue advantage and also making it difficult for competing local brands.

The Chairman, MAN Export Promotion Group (MANEG), Ede Dafinone, told The Guardian earlier that operators in the local market were experiencing difficulty in exporting their products to neighbouring markets. Also, they are having their warehouses filled with unsold inventory.

“There are companies in all sorts of dire problems. Some companies that manufacture here, have 100 percent of their products designed for exports. How are they going to survive 2 months of border closure? They will make significant losses and the business would collapse. They will still pay interest on loans, pay their staff for this period when they are not selling anything.”

“The best alternative means is the sea link that has been mentioned over the years, but that ship going across the coast is yet to be launched and we are waiting for that as an alternative, but even at that, it is still expensive, but going forward, it is the only alternative,” he added.

Specifically, the Lagos Chamber of Commerce and Industry (LCCI) stated that there are some gains and benefits have been recorded due to the closure of borders. Also, there are losses in terms of job loss, rising inflation, and declining rate of legitimate export within the sub-region remain a source of concern.

Counting the Cost of Closure of borders

“As we celebrate the benefits, we should also count the costs.  Jobs have been lost, prices have skyrocketed, legitimate exports to the sub-region have been halted, intermediate products for some manufacturers have been cut off. Some multinational companies have been de-linked from their sister companies in the sub-region.

“The economies of border communities have been paralyzed with consequences for unemployment and poverty.  Over 90% of Nigeria’s trade with the West African sub-region is by road.  We export manufactured products as well as agricultural products – detergents, toothpaste, plastic products, steel products, kitchen utensils, grains, ginger, onions, among others.  We also undertake many exports to the sub-region.

“These are sources of livelihood of Nigerians doing legitimate businesses.  There are also thousands of transporters who make a living from these legitimate trading activities. These are costs that would run into a huge sum of money.  We must weigh the costs and benefits.  Most often we do not count the cost of government policy on the citizens and businesses.

The Director-General, Muda Yusuf of the LCCI stated in its comments that

“We should not underestimate the contribution of trade and commerce to the economy of the country.  The distributive trade sector accounts for about 15% of the nation’s GDP.  Traders play a major role in the value chain of the real sector activities in the economy.  So, the trade sector is perhaps the largest employer of labor in the Nigerian economy”.

In other to address the underlying issues fuelling smuggling, the LCCI advocated the need to fix the structural, institutional, and policy shortcomings. It is believed that this reduces smuggling and vulnerabilities at the borders.